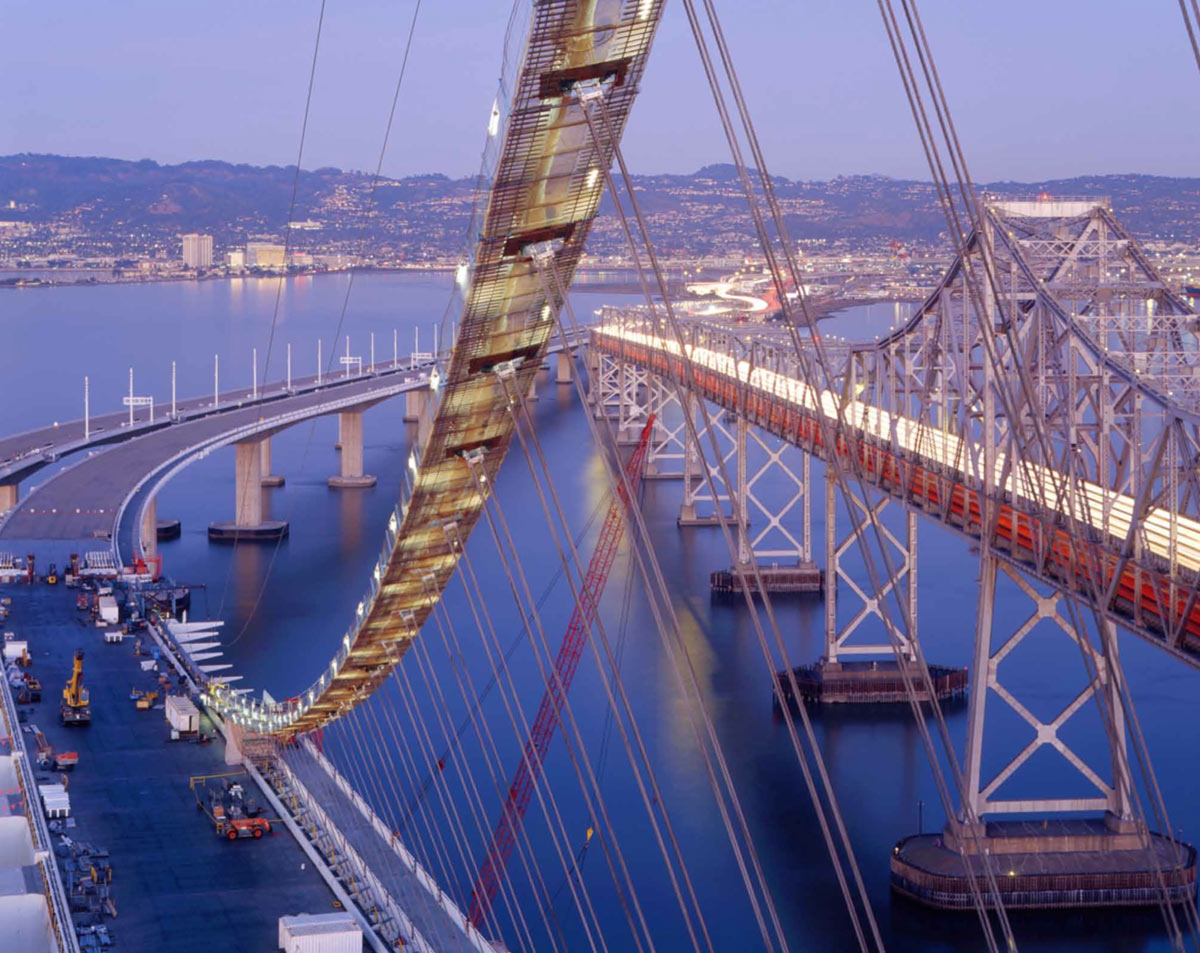 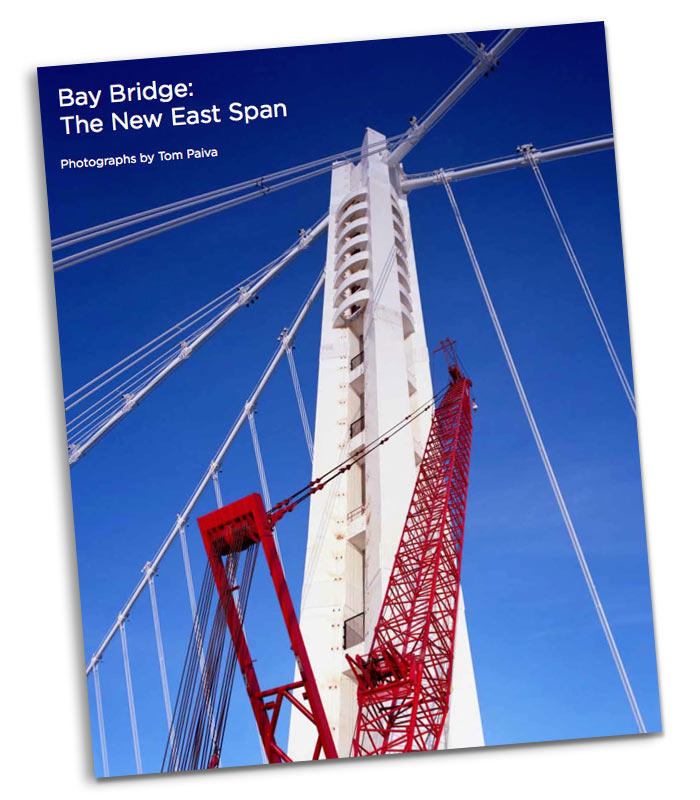 Featuring 124 pages of spectacular, full-color photographs in a oversized 14 x 17 inch monograph format. Now available from Nazraeli Press. order your book here.  You can also order the book directly from Tom Paiva for a personalized copy by emailing him directly at tom[at]tompaiva[dot]com.

From the Photographer’s Foreword:

In 2003, while on an aerial photo shoot near the Golden Gate Bridge, my pilot and I decided to explore the San Francisco Bay Area.

As our helicopter drew near the eastern span that connects Yerba Buena Island and the city of Oakland, I was surprised to see a long series of large, gaping holes in the water. Butted against each hole were barges carrying big industrial cranes and metal pilings.

As we slowly flew over one of these odd openings, I was riveted by the sight of a huge, vertical section plunging down through the water. Far down on the base of the section were the tiny figures of men walking around or using heavy equipment. These men were workers preparing the foundations for the new bridge and, to my amazement, they seemed oblivious to the millions of gallons of water held at bay only by the steel walls of the cofferdams.